A native of King of Prussia, Pennsylvania, Carol Ross made her way to Lafayette in 1966 and has been in love with and involved in this community ever since. During a prior 21 year broadcast career in radio, she worked her way up from copywriter, to public service director, station manager and vice president. While working full time at, she earned a BA in English at then USL and became involved in a host of professional and civic organizations. She has served on the boards of the Louisiana Association of Business and Industry (LABI), the Acadian Home Builders Association, UL Lafayette Foundation, Greater Lafayette Chamber of Commerce, Better Business Bureau, 232-HELP, Performing Arts Society of Acadiana, Acadiana Arts Council and Friends of the Humanities. She was also a member of and served as president of the Louisiana Legislative Spouses Auxiliary while her husband, Ron Gomez, served in the state legislature.

Over the past 35 years, she has been honored for her public sevice work by a number of local organizations and she co-chaired the Vision Lafayette goals setting initiative, co chaired the Chamber Task Force to reduce the size of the Lafayette Parish School Board,
and worked with the Council for a Better Louisiana (CABL) on the grassroots voter education project known as the People’s Agenda.

During her years in broadcasting and advertising, Carol has received a number of awards for advertising excellence in national and international competitions, including a CLIO statuette (the Oscar of advertising), a CLIO honorable mention, an International Broadcasting Award from the Hollywood Radio & Television Society, three Telly’s, eight Mar-Com Awards, eight Communicator Awards, two first place awards from the National Retail Merchants Association, three Silver Microphones, a Hermes award and more than forty (40) state and local advertising awards.

For the past four years, she has hosted The Ross Report, fact-based commentary digging deep into the local, state and national news – seeking truth, justice and freedom to have fun. 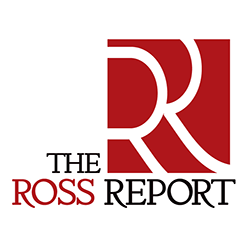