Upon graduating from TCU with a Bachelors Degree in Fine Arts and an emphasis in theater, he took a part-time job at the legendary KZEW-FM/Dallas-Ft. Worth, where within less than a year, he moved into the afternoon drive slot and posted record ratings.

Wells was heard for nearly a decade on BBC Radio 1 in London, along with HIT 95 in Berlin, Radio ADO in Paris, and many others around the world. In addition to serving as the announcer for CBS’ The Late Late Show with Craig Kilborn and the “World’s Leading Dance Event” Sensation in Amsterdam, Wells has lent his voice to Oliver Stone’s JFK and Talk Radio films and appeared in several other movies. He has also recently voiced promos for Discovery Channel’s Deadliest Catch and Gold Rush. Actor, musician, writer, composer, martial artist, aviator and his most passionate focus…. broadcaster. 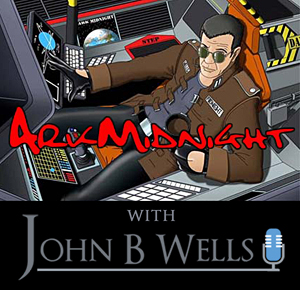