Weekdays | 6a-8a
David Austin is a Lafayette high school graduate as well as a graduate of the former USL now UL Lafayette. David grew up in Lafayette radio starting his career at NewsRadio KPEL and KTDY in the early 90s. After graduation he made a move to Lake Charles where he became news Director at KYKZ-96. Two years later, he became news Director at the Louisiana radio Network. During his career he earned numerous awards including Reporter of the Year and Best News Cast from the Louisiana Associated Press Broadcasters Association.

After 15 years on the air David moved to the Pacific Northwest and started working in mortgage lending where he met his bride Londa Sherwood-Austin.
Londa is a thirty-year sales superstar, award winning realtor and business coach. During the Covid-19 pandemic she and David started a podcast titled “the session with Londa and David” that quickly became internationally recognized. Their sales and broadcast backgrounds have made them a dynamic on-air duo.

On a long holiday weekend to visit David’s family in Lafayette, Londa fell in love with the people and culture of Louisiana. Within weeks they relocated their lives and businesses excited for the opportunity to give back to the community that made David who he is and embraced Londa with open arms.

That’s why they created Austins On The Air, Good News for Louisiana with David and Londa. Join the Austins on-air Monday through Friday from six to eight each morning for news, sports, weather, and commentary to help jump start your day.
Download the Free News Talk 98.5 App!
Apple: https://apps.apple.com/us/app/news-talk-98-5-fm-1520-am/id1522906719
Google Play: https://play.google.com/store/apps/details?id=com.kfxzam.player 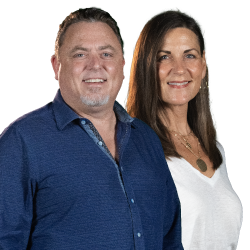